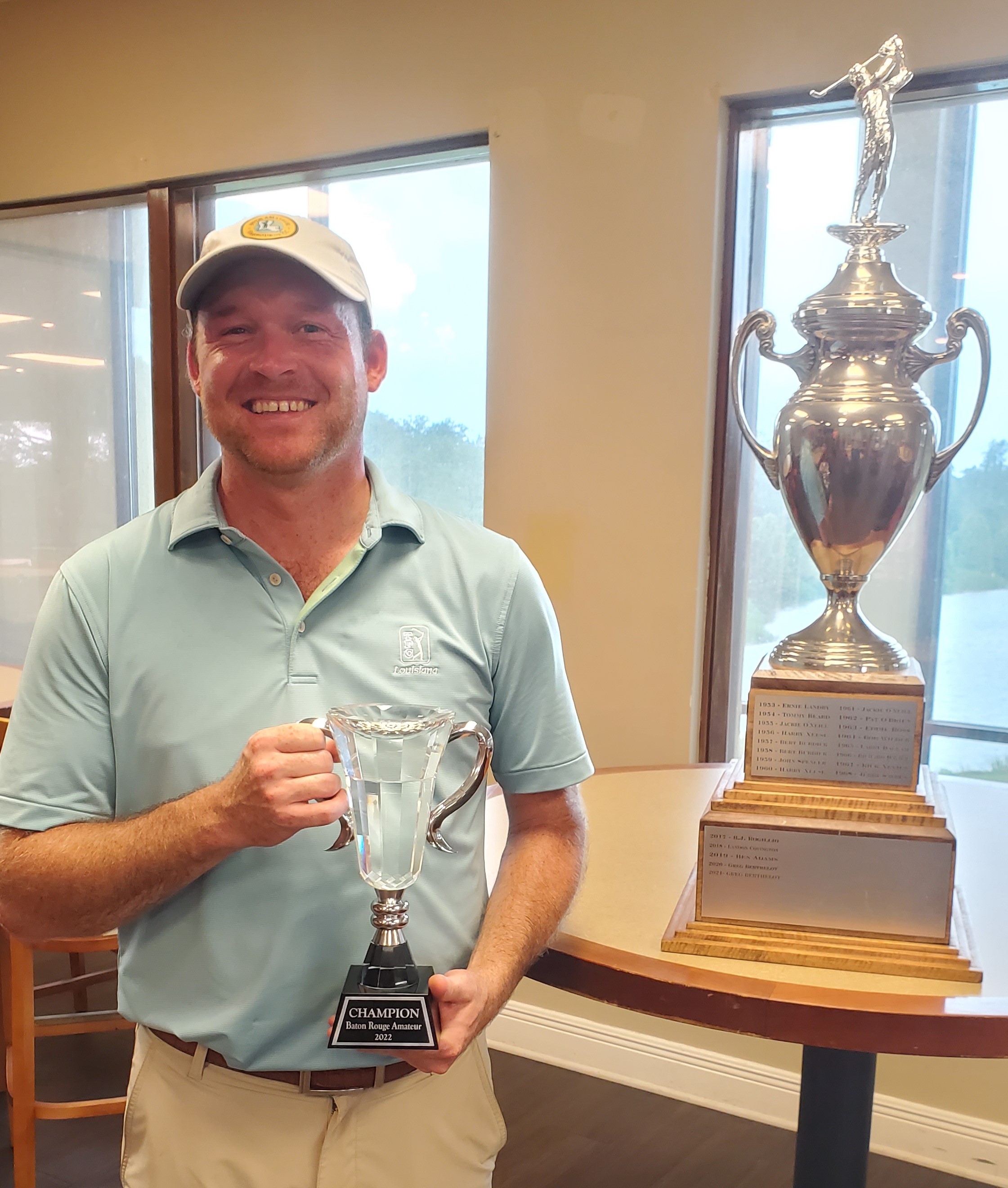 In the morning semi-final matches Brayden Seguin was three strokes under par through 16 holes when he lost to Greg Berthelot three holes down with two holes to play. Jason Humphries continued his strong play defeating Robbie White four holes up with three to play.

Jason Humphries and Greg Berthelot had a back and forth final match until Greg was able to pull away with a birdie on the 17th hole to win the match two holes up with only one hole to play. This was the first of Greg’s matches to make it to the 17th hole. He won all of his matches without having to play the 18th hole. Congratulation to Greg, we can’t wait to see if he can go for four in a row in 2023.