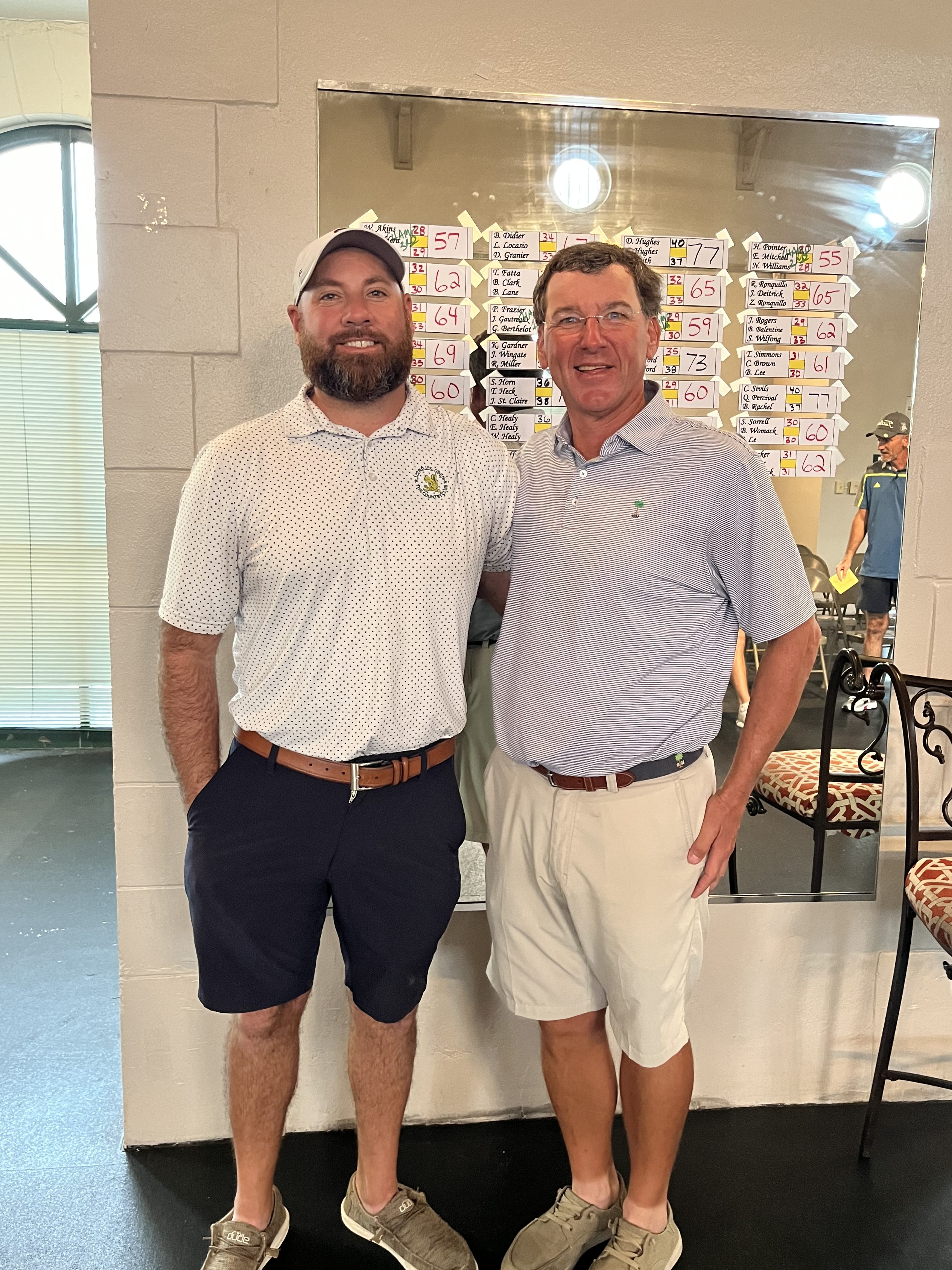 Congratulations to Phil Frazier, Jeremy Gautreaux, and Greg Berthelot for winning the BREC Holiday 3 Player Scramble today at Webb Park GC. They used the three-player scramble format to post an 18-under par score of 54. Remarkably, they only won by one shot as Henry Pointer, Ed Mitchell, and Nyles Williams finished one shot behind them at 17-under par 55. Many groups turned in impressive scores considering they played through consistent off and on rain for much of the round. Finishing at 15-under par 57 were the team of Wendell Akins, Dante Caldera, & Kyle Wells, and the team of Danny Nelson, Phil Schmitt, & Carter Schmitt. The First Flight was won by the team led by Mpho Mmopi who posted 8-under par 64 as did the team of Brian Barger, Chris Kieren, & Dan Chambless. Team Covington, consisting of Landon, Terry, and Ginger, won the three-way tie-breaker at 65 to get 3rd in the First Flight.