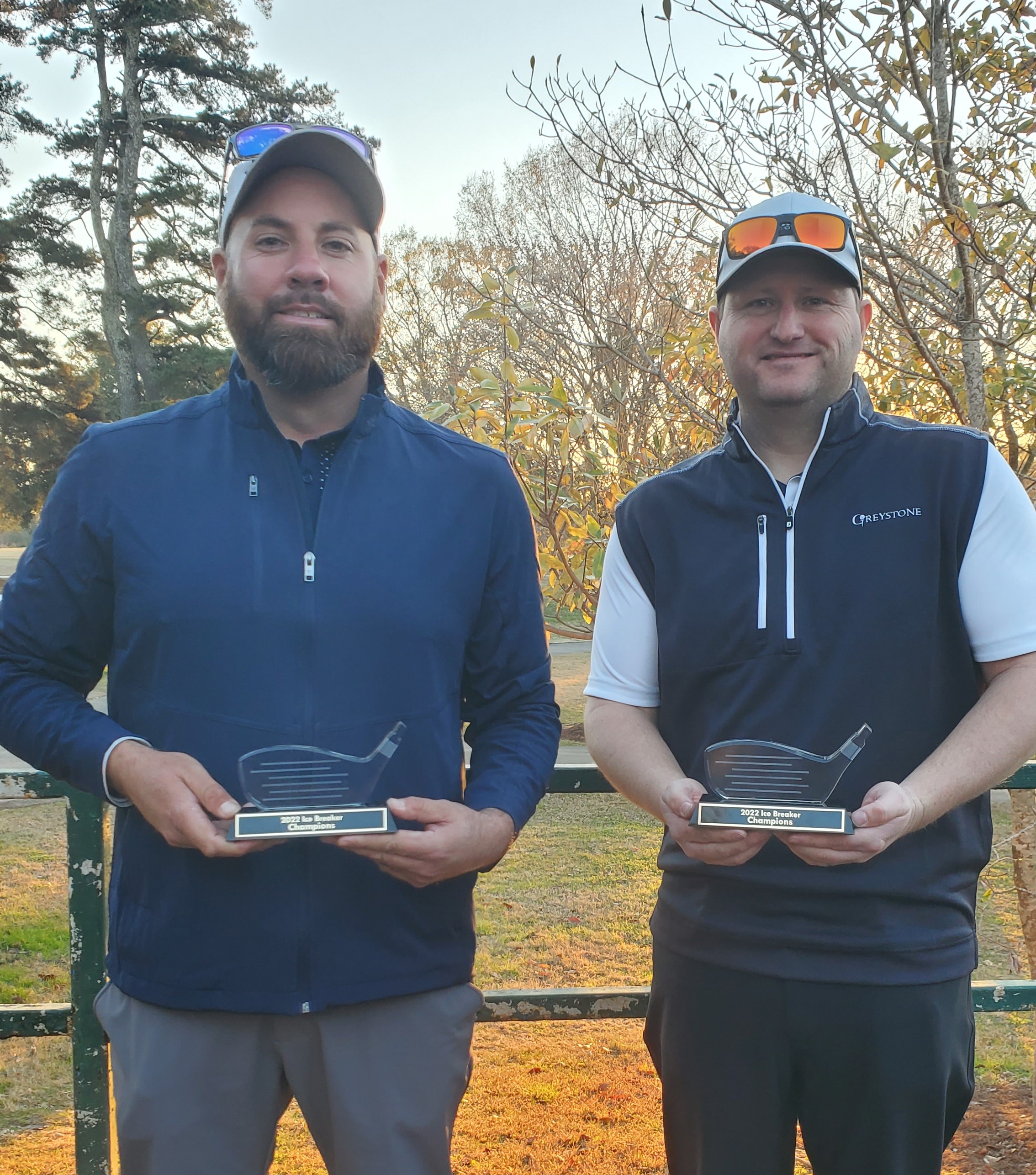 Congratulations to Eric Hoffmann & Jeremy Gautreaux on their victory in the 2022 IceBreaker Tournament today at City Park. They shot 5 under par in the Scramble format on the first 9 holes and matched it with 5 under par in the 4-Ball format on the 2nd nine holes. Scott Haynie & Mark Bienvenk finished 2nd at 8 under par. The teams of Phil Schmitt & Blaine Patin, and Jack Terry & Charlie Marquette finished at 7 under par.