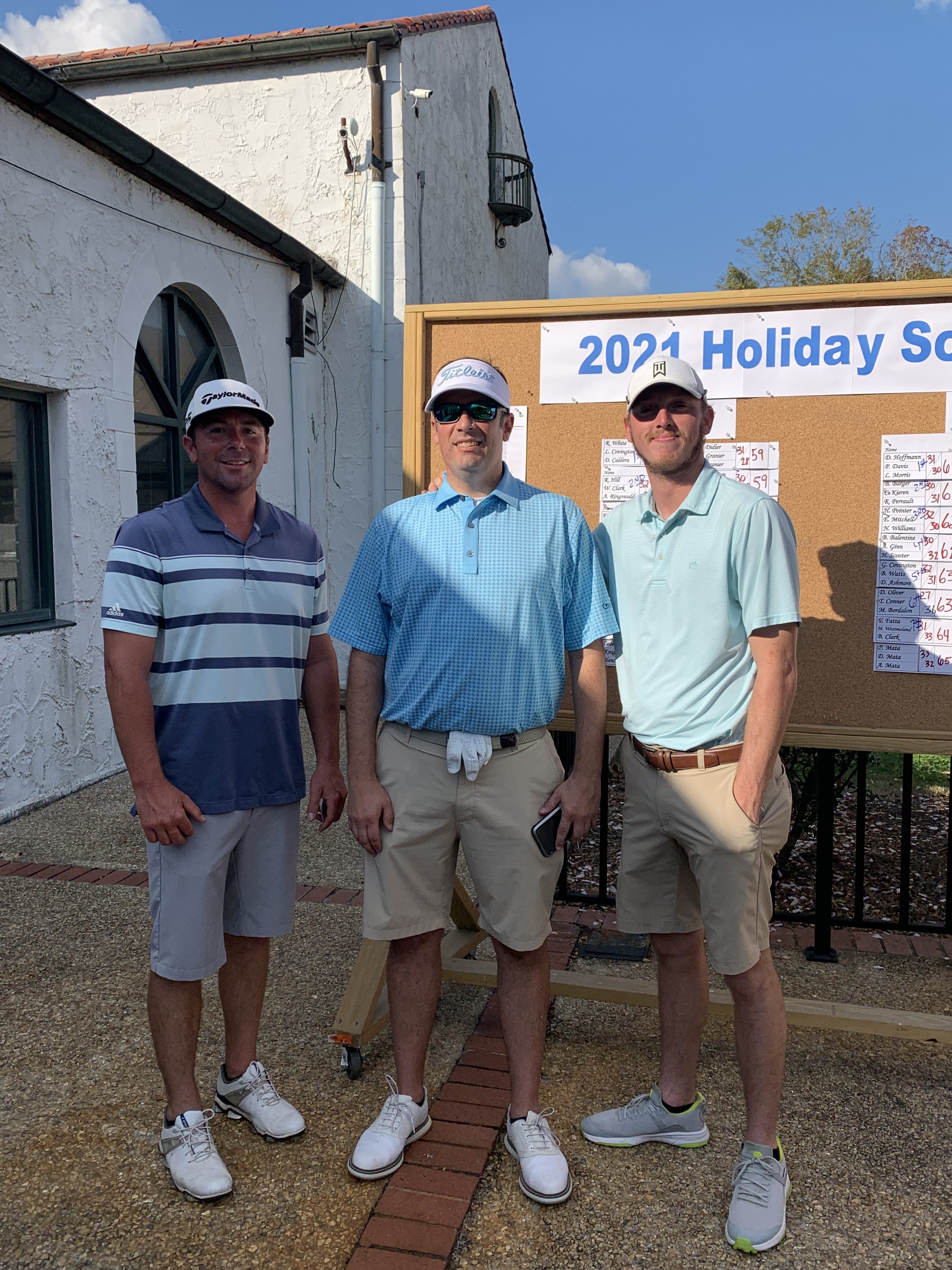 Congratulations to Robbie White, Landon Covington, and Dante Caldera on winning the BREC 3-Player Holiday Scramble at Webb Memorial Golf Course today. They took advantage of good weather and good conditions to shoot a 15-under par 57 and barely inch out the five teams that tied one shot behind them at 14-under par 58.David Hoffmann, Peter Davis, and Lewis Morris won the First Flight at 11-under par 61. Congratulation also to the all-ladies team of Ginger Covington, Barbara Watts, and Donna Ashmore who came in at 10-under par 62 to finish 5th in the First Flight. Thanks to everyone who played. Hopefully we will see you at the IceBreaker Tournament at City Park on January 29th.