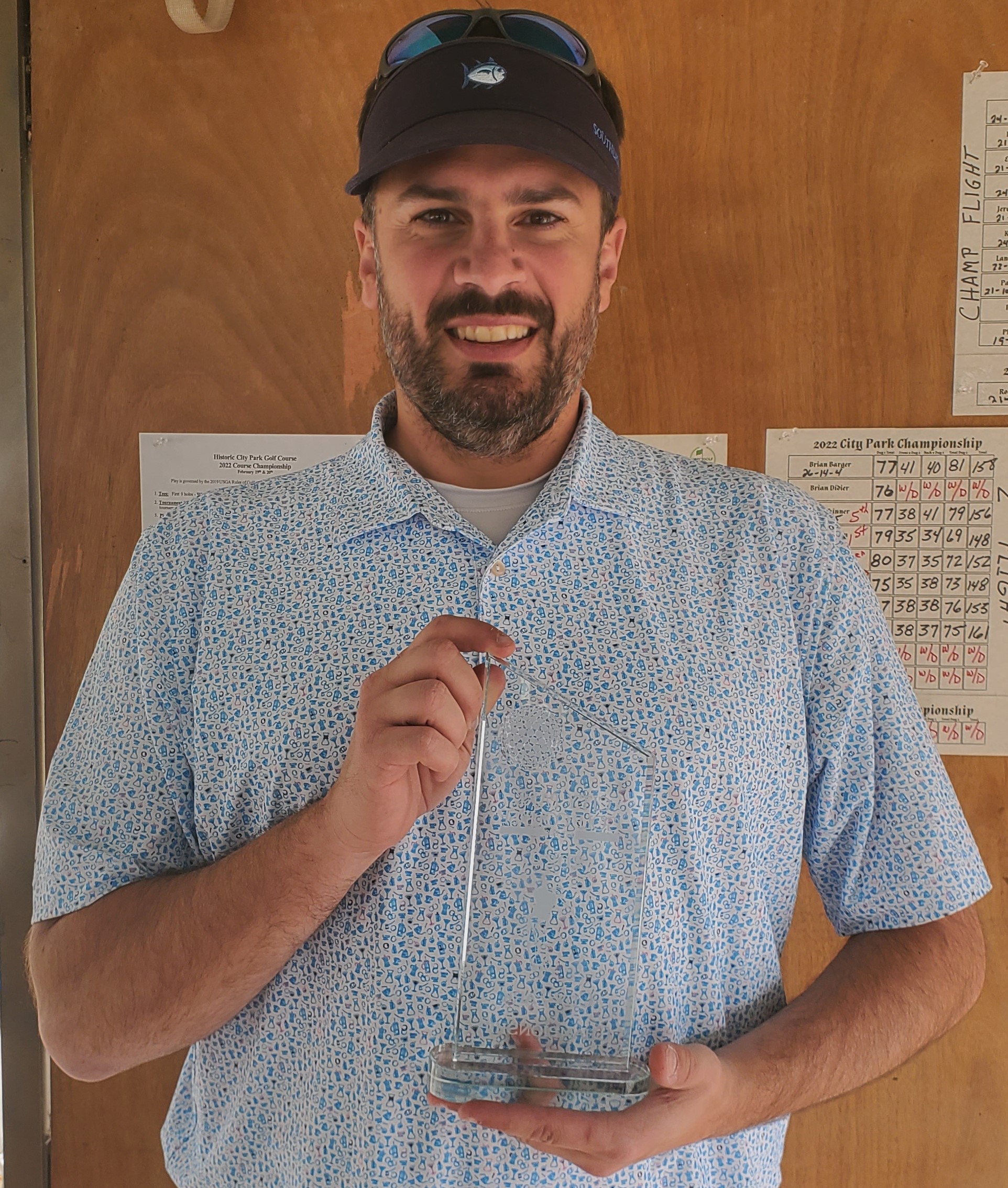 Congratulations to Robbie White on his win at the 2022 City Park Course Championship. His 65 today was good enough for a two-shot win over Jeremy Gautreaux and Phil Schmidt who tied for second at 131. Eric Hoffmann finished in 4th at 132. In the First Flight, Danny Simoneaux shot a Sunday 65 to win a scorecard playoff at 138 with Scott Haynie. Jerry Martin shot 69 to win the Second Flight with a 148 total. Congratulation to Robbie White and thanks to everyone who played.