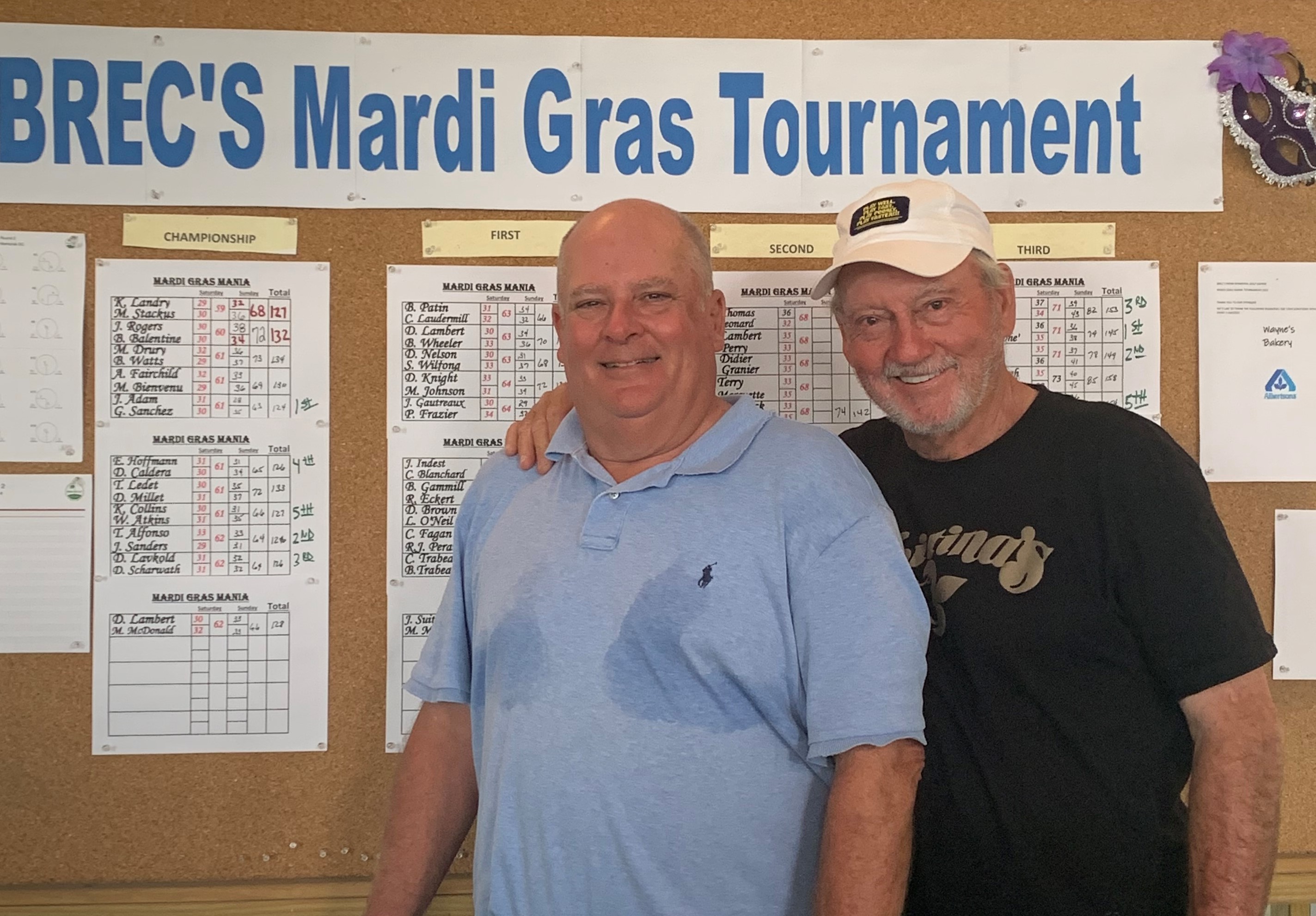 Congratulations to Jim Adams and Gayle Sanchez on winning the 36-hole 2022 Mardi Gras Tournament at Webb golf course. After shooting 61 in the Saturday scramble, Jim and Gayle shot 9-under par 63 in the 9-holes of better-ball and 9-holes of alternate shot format Sunday format. They finished at 124, 20 strokes under par for the 2-day event. Gayle Sanchez adds this win to the many south Louisiana tournaments he’s won. Tony Alphonso and Jay Sanders shot 64 on Sunday to win a tie-breaker for second place with Eric Hoffmann and Dante Caldera at 18-under par 126.Jeremy Gautreaux and Phil Frazier posted a Sunday 9-under par 61 and shot the low round of the day to take the First Flight by a comfortable 4 stroke margin. Jeremy and Phil had the 2nd lowest 36 hole total for the tournament. Jack Terry and Charlie Marquette followed their Saturday 68 with a Sunday 68 to win the 2nd flight. John Henchy and Cornell Christophe’ posted 74 on Sunday to win the 3rd flight.Thanks to everyone who played.