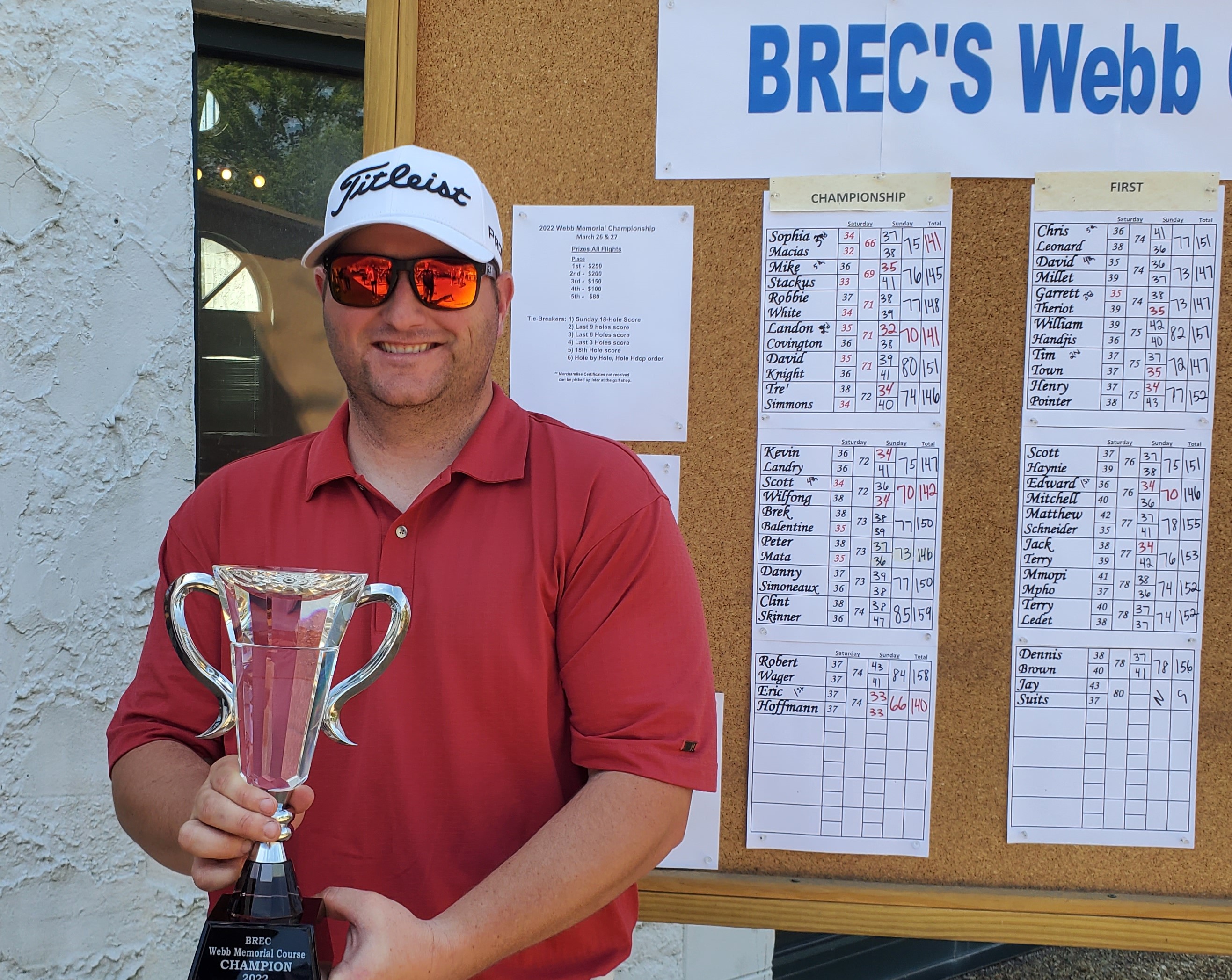 Congratulations to Eric Hoffmann on winning the 2022 Webb Memorial Course Championship today. The Saturday standings showed Eric in last place in the Championship Flight, but a Sunday 6-under par 66 took him from ‘worst to first’ and brought home the 2022 course championship. Landon Covington posted a front nine 32 on his way to a 2-under par 70 to finish in a tie for 2nd place with first round leader Sophia Macias. Ed Mitchell shot a 2-under par 70 on Sunday to win the First Flight. He was one of four players under par on Sunday. Michael Thomas took the 2nd flight with a final round 75. Three players improved their Saturday score by 10 or more strokes to move up a flight. Chad Garon took the 3rd Flight with a Sunday 81.