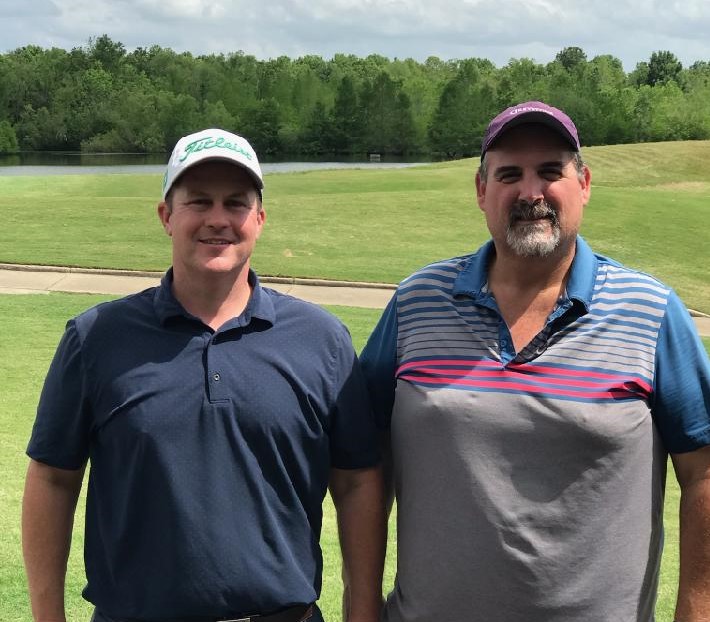 Congratulations to Danny Nelson and Scott Wilfong on their victory in the Four-Ball Challenge today at Beaver Creek golf course in Zachary. Danny and Scott didn’t let the wind bother them on their way to the low front nine score with a 4-under 32 and then backed it up with a 2-under par 34 on the back nine for a 6 under par total of 66. They finished one shot ahead of Kyle Wells and Dante Calderra who shot 33-34-67. Drew Silman and Nyles Williams came in 3rd at 4 under par 68. The tie-breakers worked out just right for Brandt and Chad Garon who won the 1st Flight and for Drew Cavell and Taylor Calandro who won the 2nd flight. The next BREC tournament is the two-day, 36-hole, Plainsman Better-Ball at Beaver Creek on May 14th & 15th.