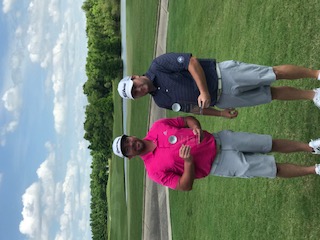 Congratulations to Dante Calderra and Eric Hoffmann on posting an impressive 10-under par 62 to cruise to a 3 shot win in the 2021 Plainsman tournament at Beaver Creek. They went 4-under par 32 on the front nine, and 6-under par 30 on the back nine. Mike Stackus and David Griffen shot 66 to finish in second with a 130 total. Jeremy Gautreaux & Phil Frazier finished in third at 132. Clayton Brown & Seth Holley shot 65 on Sunday to finish in fourth at 133. David & Kyle Bennett shot 66 to win the First Flight in a tie-breaker over Dustin Lambert & Michael McDonald. Jason Miller & Mike Gonzalez shot 71 to win the Second Flight. Brek Balentine & Nic Manely improved by 9 shots with a Sunday 70 to win the Third Flight.